(1) Stamping in the automotive industry. Drawing is the main method. In our country, this part is mainly concentrated in automobile factories, tractor factories, aircraft manufacturers and other large factories.

(2) Automobile and other industries parts stamping. It is mainly formed by punching and shearing. Many of the enterprises in this sector are owned by standard parts factories, and there are also some independent stamping plants. At present, there are many small factories near some automobile factories or tractor factories.

(3) Electrical parts stamping plant. This kind of factory is a new industry, which develops with the development of electrical appliances. The factories in this sector are mainly concentrated in the south.

(4) Daily necessities stamping factory. Some handicrafts, tableware and so on, these factories also have the big development in recent years.

(6) Special stamping enterprises. For example, the stamping of aviation parts belongs to this kind of enterprise, but these process factories are also included in some large factories. 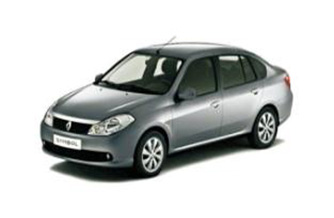 1. Adhesion and scratch: defects on the surface of parts or dies due to friction between materials and punch or die;

2. Burr: it mainly occurs in the cutting die and blanking die. Burr will be produced when the gap between the cutting edges is large or small;

3. Line offset: during the forming of the part, the first part in contact with the die is extruded to form a line;

5. Twists and turns: due to uneven stress, poor matching of drawbead or poor control of slide block of the press, the R corner or embossed part of the part has twists and turns and strains;

7. Other specific problems: in daily production, the punching size is too large or too small (may exceed the specification requirements) and has a large difference with the punch size. In addition to considering the design size of forming punch and die, machining accuracy and blanking clearance and other factors, the following aspects should be considered to solve.

(1) when the cutting edge is worn, the tensile stress of the material increases, and the stamping parts tend to turn over and twist. When turning over, the punching size will be smaller.

(2) strong pressure on the material will cause plastic deformation of the material, which will lead to larger punching size. When the pressure is reduced, the punch size will be smaller.

8. Methods to prevent the stamping parts from turning over and twisting

(5) pay attention to the sharpness of punch die in daily production. When the cutting edge is worn, the tensile stress of the material will increase, and the stamping parts tend to turn over and twist.

(6) unreasonable blanking clearance or uneven clearance is also the cause of stamping parts turnover and distortion, which needs to be overcome.